Posted by Dynamine™ on 7/28/2022 to
WHAT IS DYNAMINE™?
Dynamine™ (methylliberine) is a fast-acting, high-impact ingredient found in kucha tea, and is a chemical cousin of both caffeine and TeaCrine®. It is believed that Dynamine™ (alone or in combination with TeaCrine® ) is able to activate the central nervous system, without negatively impacting the cardiovascular system.


Dynamine™ Benefits
After 20 years of limited innovation in energy products, Dynamine™ is poised t o disrupt the energy category with its backed-by-science benefits and a growing list of toxicology, safety, and efficacy studies. Dynamine™ in combination with TeaCrine® and/or caffeine has been shown to improve energy, mood, alertness and focus.*


Basically, when dosing Dynamine™ and TeaCrine® alongside caffeine, you can get a much longer-lasting energy boost (3x longer!) than you would be using the same amount of caffeine alone.*

The structure/function claims appearing in CSI marketing materials are for informational purposes only. Customers should review relevant data and arrive to their own determinations regarding whether specific structure/function claims are properly substantiated based on their own formulations. Ultimately, the Customer is responsible for the claims that they make on their product(s) and should review all claims with their legal counsel prior to making the claim(s).
Previous Post
Next Post 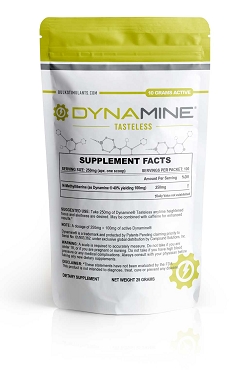 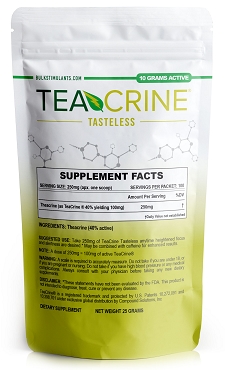